The Biomimetic Office is the outcome of a collaboration between Gennaro Senatore, Expedition Engineering and Exploration Architecture to design an office building inspired by biological structures and natural systems.

Gennaro Senatore has developed a multi-objective design process to optimize the building shape and topology simultaneously. Daylight, access and circulation analyses are employed to drive the optimization process. Ray tracing in combination with the cumulative sky-dome approach has been implemented to enable a computationally efficient daylight analysis. The objectives are maximization of solar gain, floor area, and façade area for installation of photovoltaic panels. Optimization constraints include a series of measures to ensure access and circulation for each floor layout. For example, façade-to-façade and façade-to-lightwell distances must be kept within defined ranges. Access and circulation constraints are evaluated by first building the medial axes of a candidate solution (i.e., building layout) and subsequently using the medial axes to compute metrics of interest. This approach enables the automated evaluation of floor layouts of complex shapes and topologies.

The building layout is generated through a two-step process: 1) the first-story layout (plane x-y) is obtained as a contour of a two-dimensional scalar field using the Marching Squares algorithm; 2) the first-story layout is then simultaneously arrayed along the z-direction and modified using law curves (i.e., swiping curves) in order to create the other stories and the façade. The seed points for the Marching Squares algorithm are obtained from a rectangular point grid which is modified by removing random clusters of points. The façade swiping curves are defined through node coordinates.

The optimization variables comprise a vector of binary variables that define the point-cluster removal for the first-story layout and the vector of node coordinates for the façade swiping curves. The design problem formulation is mixed-integer, nonlinear and nonconvex. For this reason, building layout optimization has been implemented through a gradient-free method, more specifically a genetic algorithm. Several optimizations have been carried out using different initial conditions producing a set of solutions with a similar overall score and that satisfy all constraints. Among the best solutions, a configuration with a symmetrical layout has been chosen for detail design. 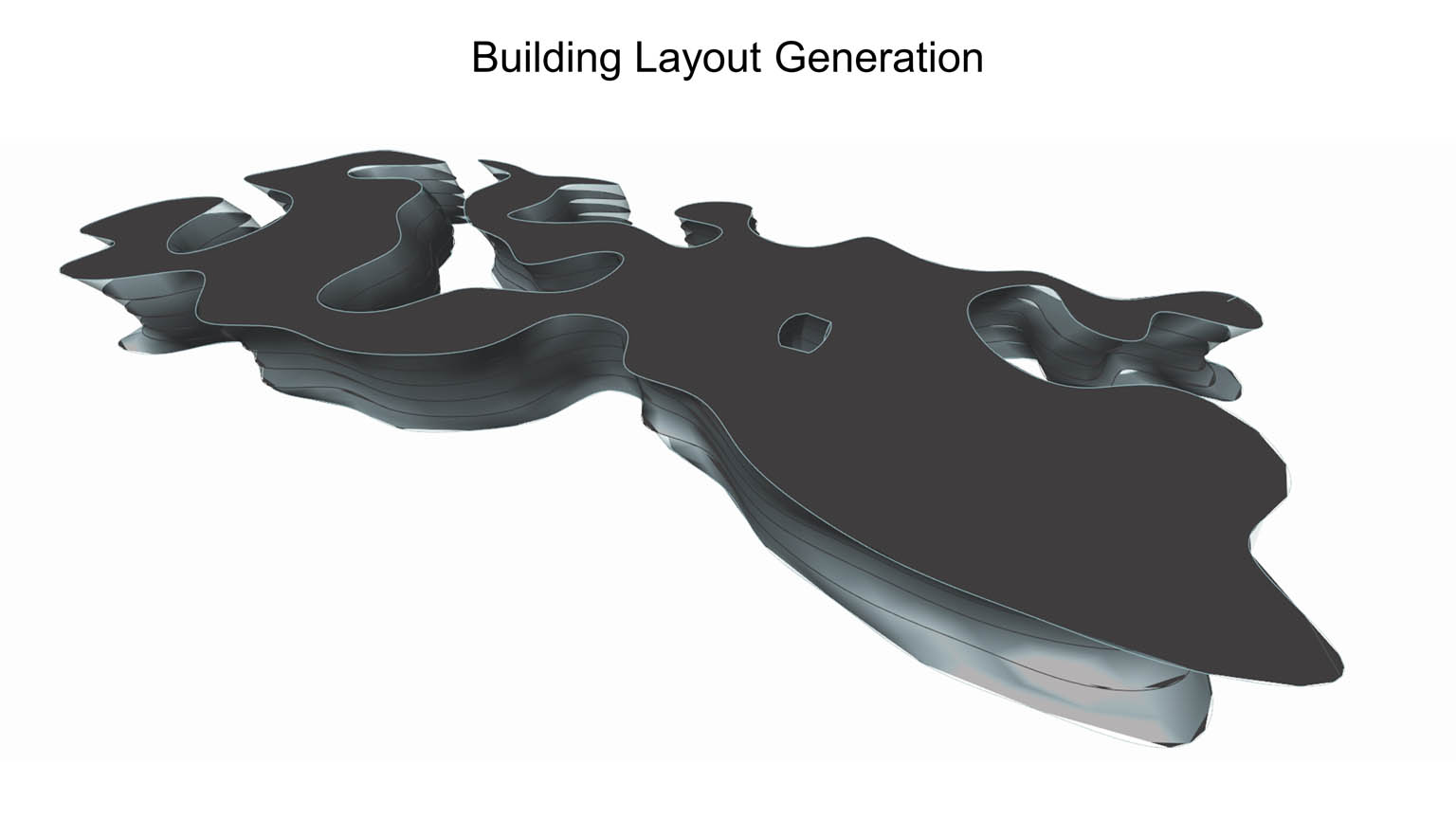 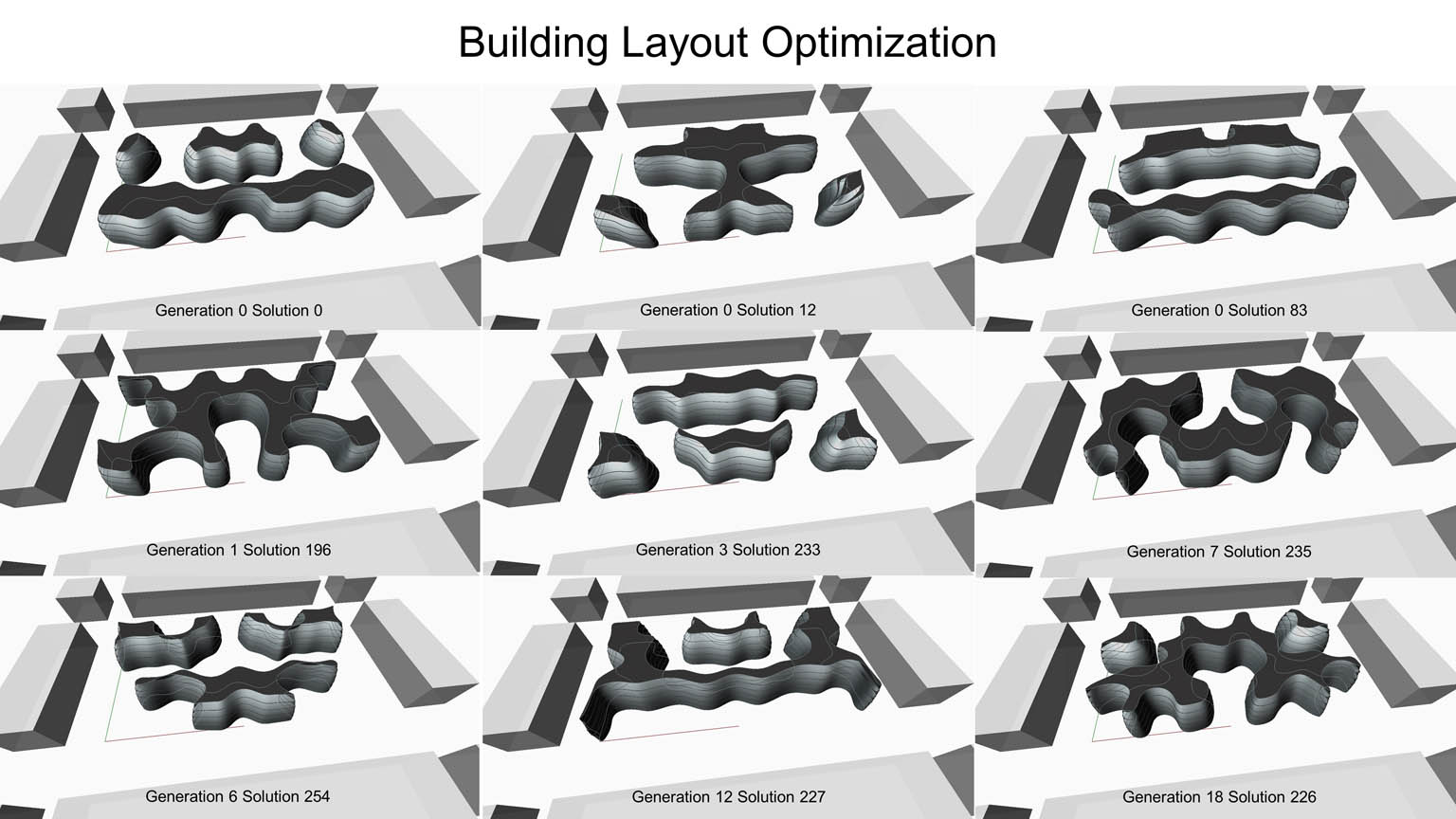 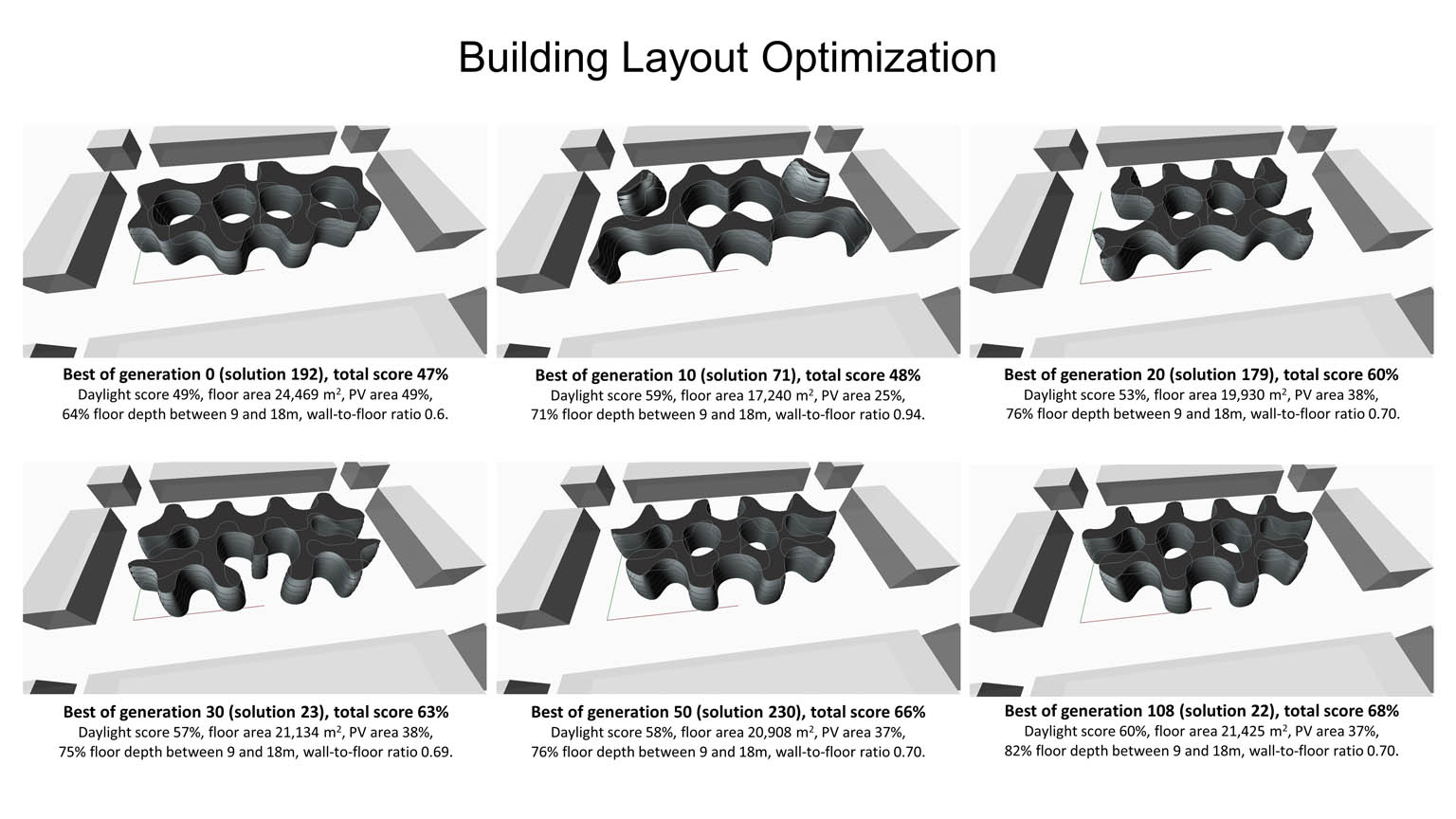 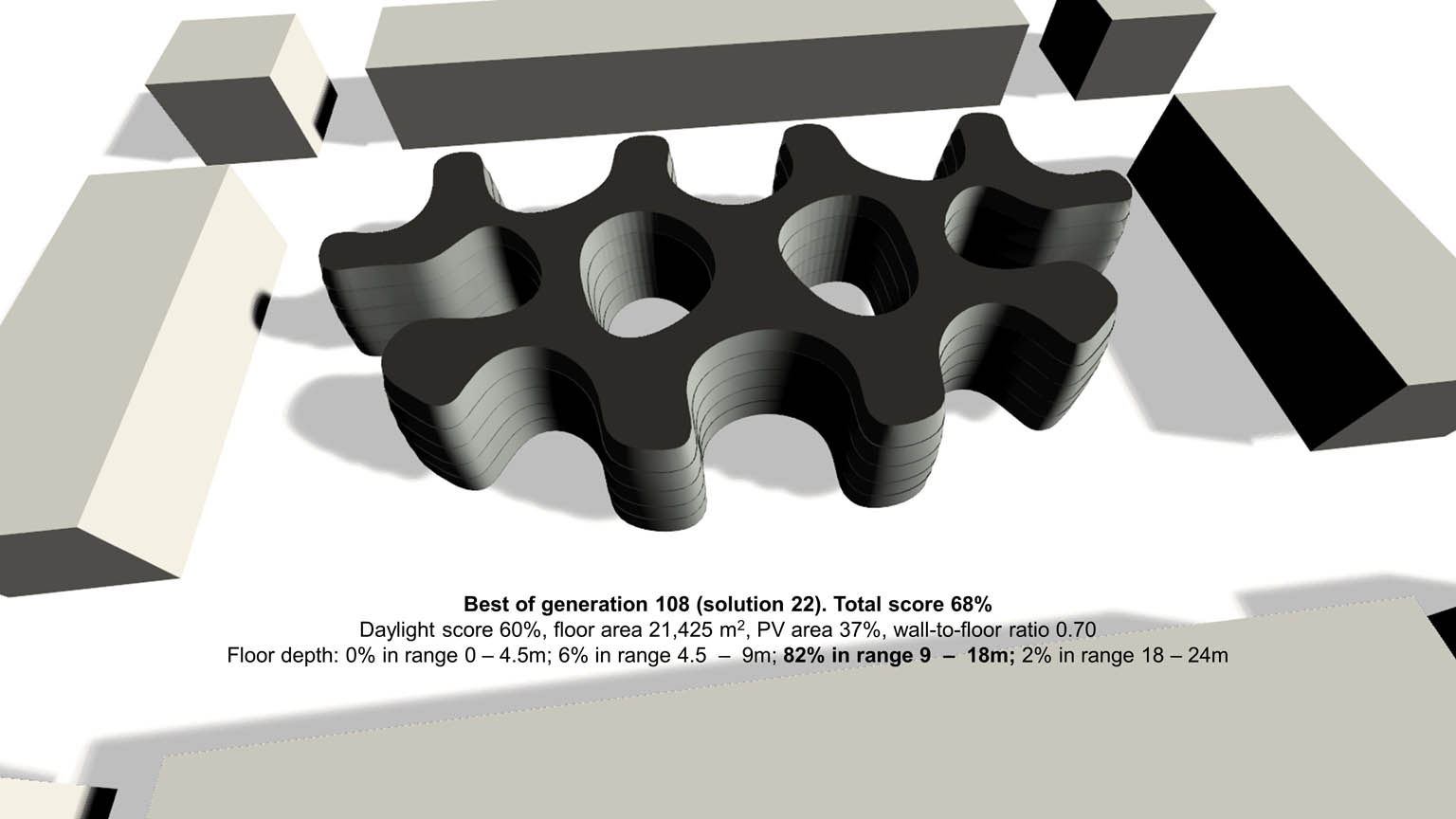 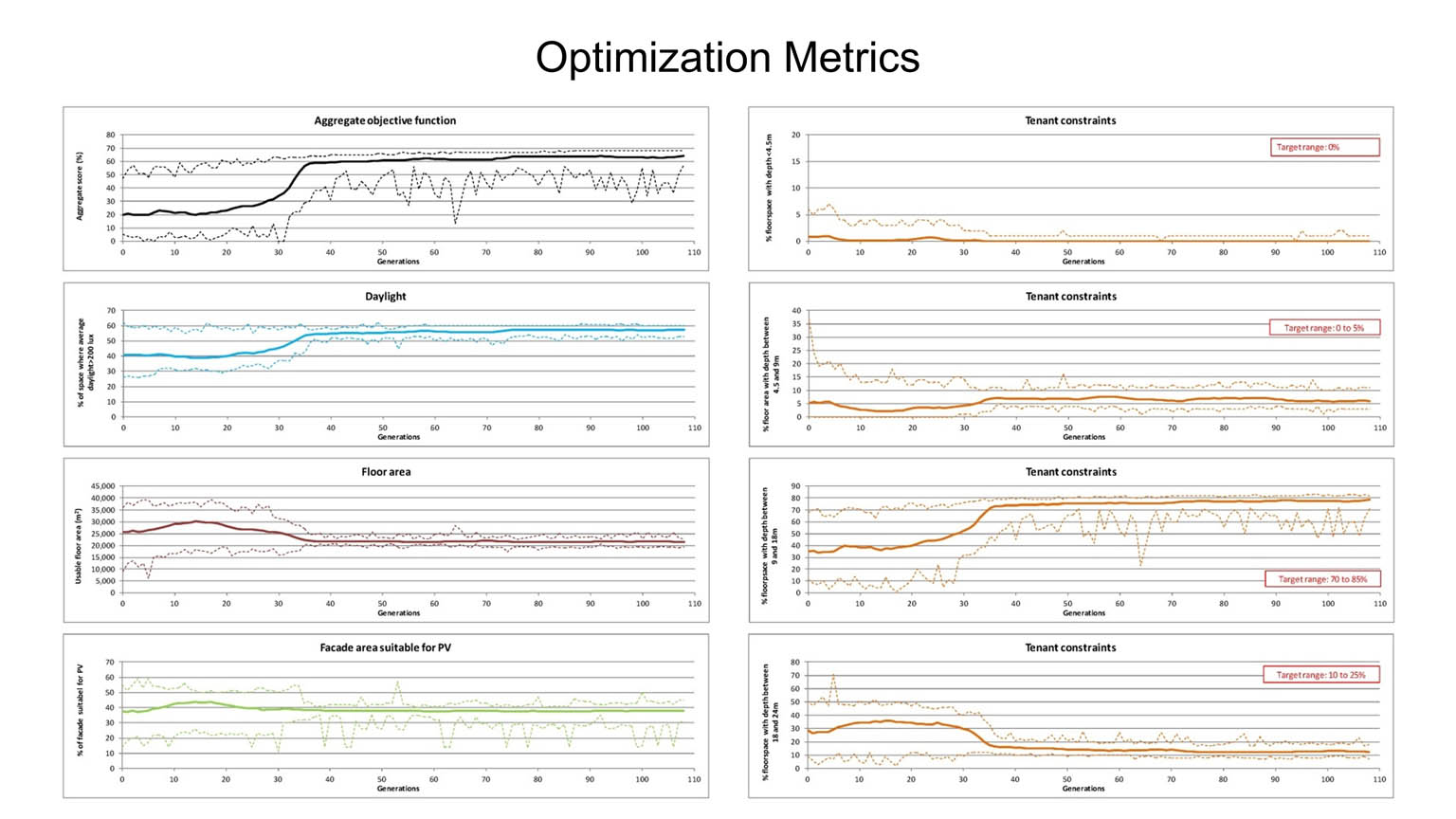 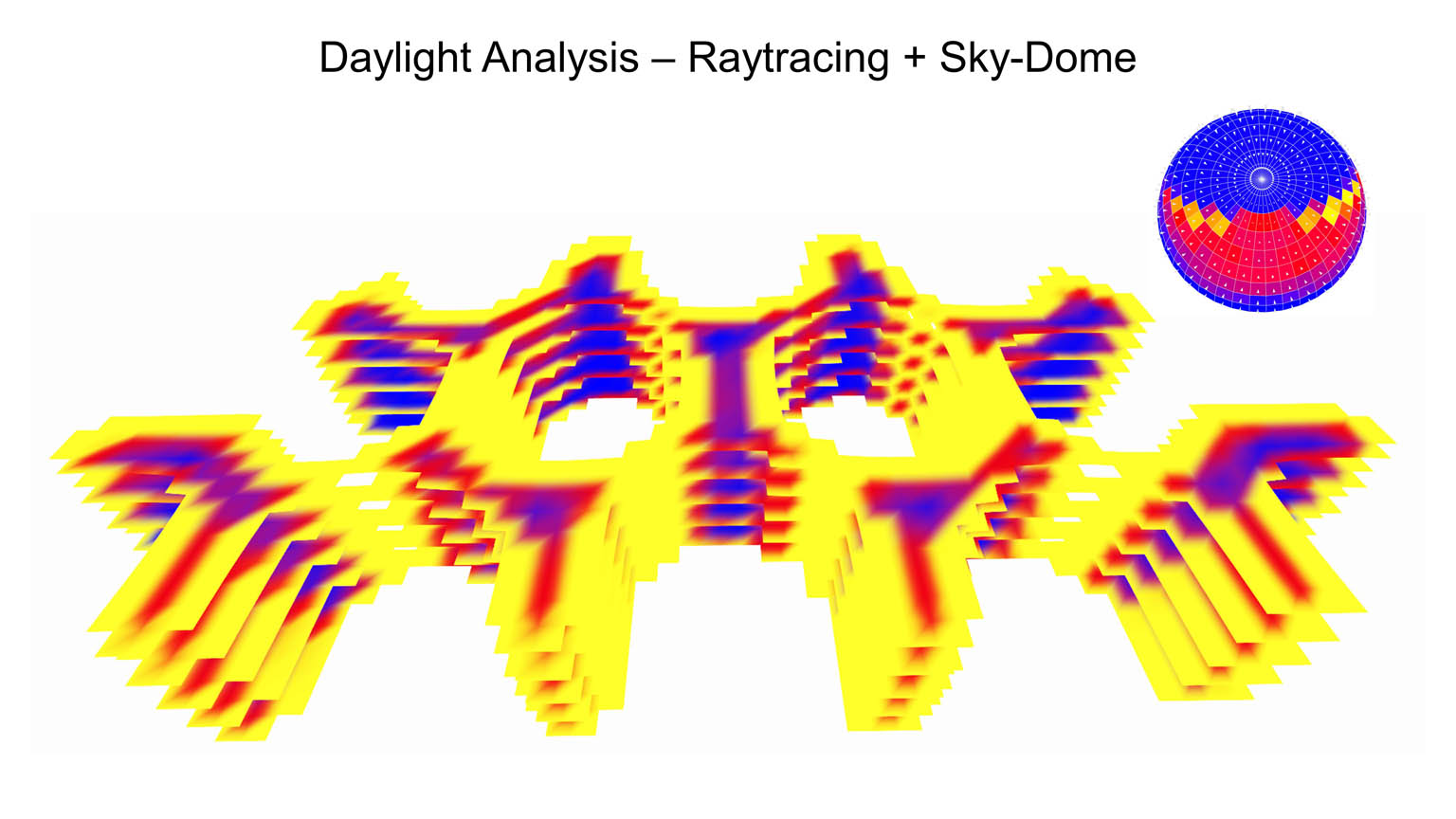 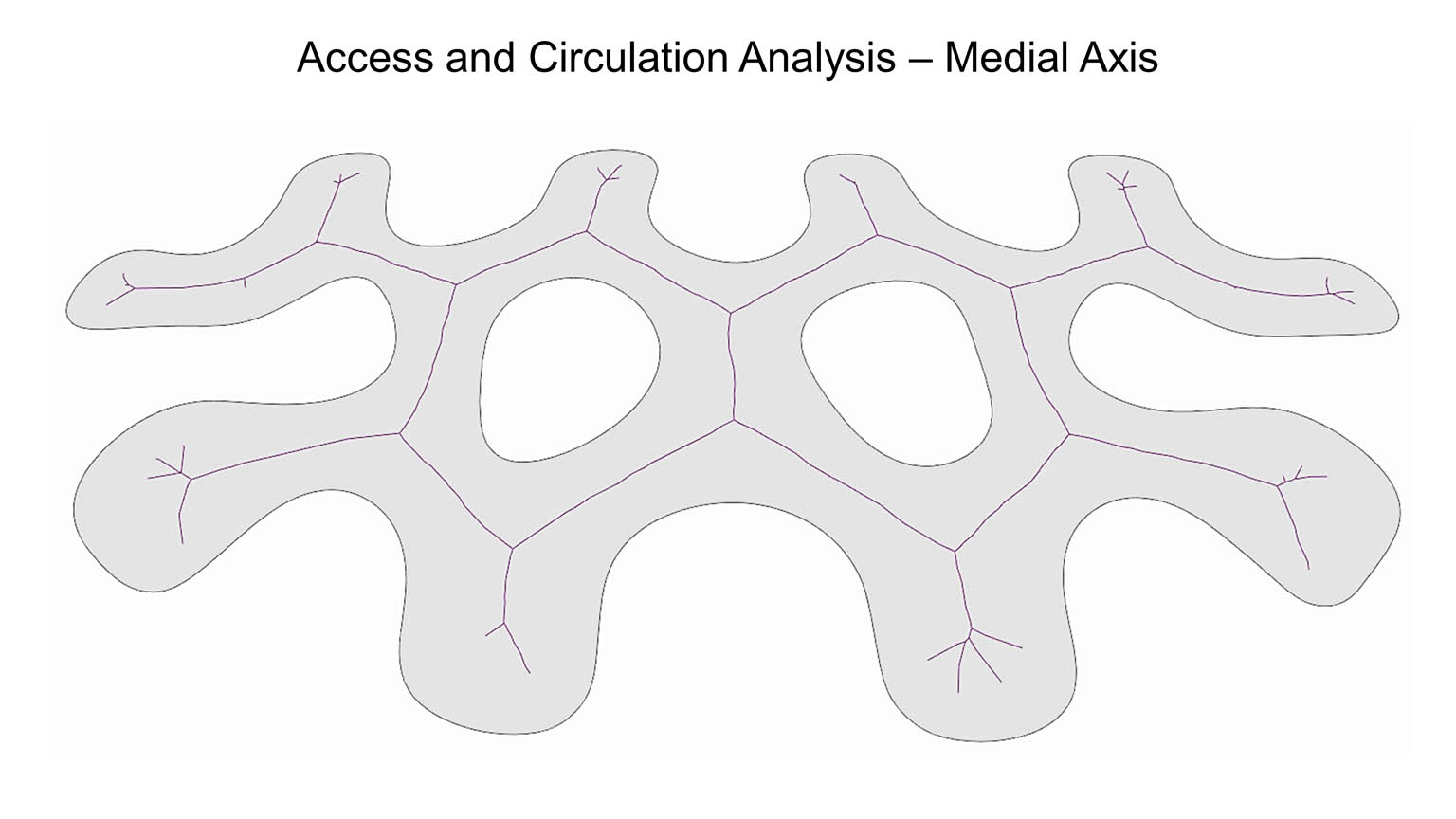 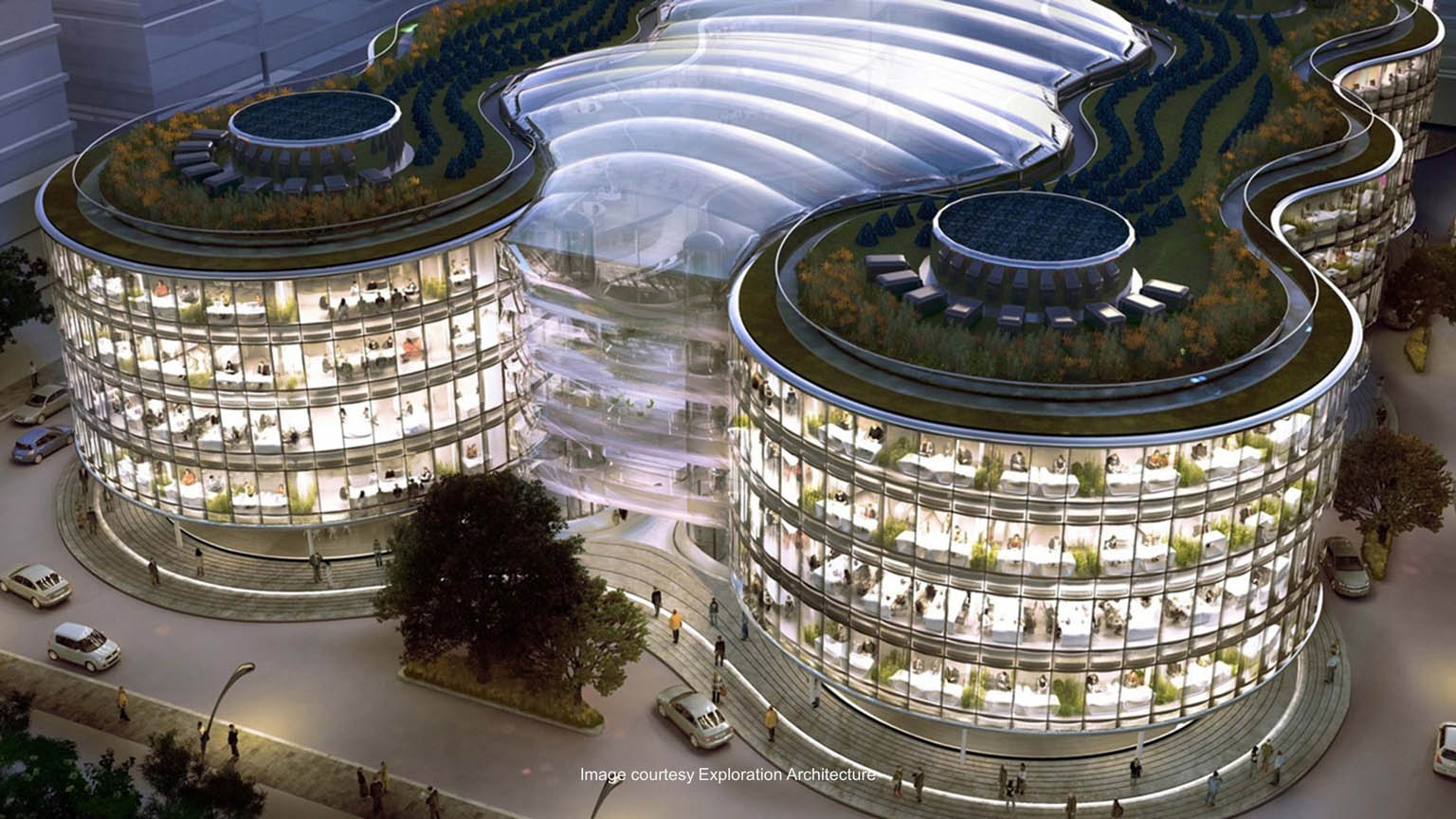