This work introduces a new variable stiffness and damping vibration control device that is able to effectively mitigate the dynamic response of load-bearing structures under a wide range of loading conditions. This control device can be seamlessly integrated into diverse structures including multi-story buildings, bridges, roof systems, airplane wings, wind turbine blades, etc. because it also functions as a joint that connects the structure load-bearing elements. For brevity, the device is referred to as ‘adaptive joint’ hereafter.

Most existing solutions for vibration control consist of complex devices that are external to the structure and require complex detailing for installation and therefore they are not well-integrated. The adaptive joint system can be much better integrated into structures since it functions as a load-transfer component as well as a control device. The adaptive joint has two states: when in a “locked” state, it behaves as a moment connection and when in a “released” state, it behaves as a pin connection. The transition from a moment to a pin connection has been realized through stiffness control. Stiffness and damping properties of such adaptive components can be controlled through thermal actuation (solid-state) without involving complex mechanisms based on moving parts. The actuation mechanism is inherent within the properties of the material enabling a reliable control system. The joint is made of a polyurethane-based shape memory polymer (SMP) core that is reinforced by an SMP-aramid skin. Stiffness variation has been achieved through resistive heating of the joint core material. When the core is thermally actuated to the SMP transition temperature, the material changes from a glassy to a rubbery state which causes a significant stiffness reduction and a parallel increase of damping due to viscoelastic effects. Consider a frame or a plate/shell structure that is equipped with such adaptive joints and subjected to external loading. The ability to vary the joints mechanical properties enables to change the structure natural frequencies and to increase the damping ratio, which can be employed as an effective semi-active control strategy to reduce the dynamic response under a wide range of loading conditions (e.g. harmonic loading, strong winds, earthquakes, pedestrian/vehicular traffic, etc.).

Numerical simulations on a four-story frame subjected to earthquake loading, have shown that when the adaptive joints are actuated to the transition range (55-65°C, which is specific to the SMP material adopted in this study), the acceleration peak amplitude reduces by up to 87% with respect to the uncontrolled case. Shake table tests on a 3-story frame prototype (1/10 scale) equipped with 12 adaptive joints have confirmed that the structural damping ratio increases from 2.6% to 11.3% and the 1st modal frequency shifts by up to 37%. Under El-Centro earthquake, top-story acceleration and base shear are drastically reduced by up to 50% and 52%, respectively.

The adaptive joint system can be potentially integrated into any structural system subjected to dynamic excitation hence it is relevant to applications in civil, mechanical, automotive, marine and aerospace engineering.

Gennaro Senatore has led this research during his time at Applied Computing and Mechanics Laboratory of Swiss Federal Institute of Technology (EPFL) in collaboration with the Chair of Innovative Structural Design of Technical University Eindhoven and the Department of Design Engineering of Technical University Delft. This work has been funded by 4TU Federation Lighthouse Project. 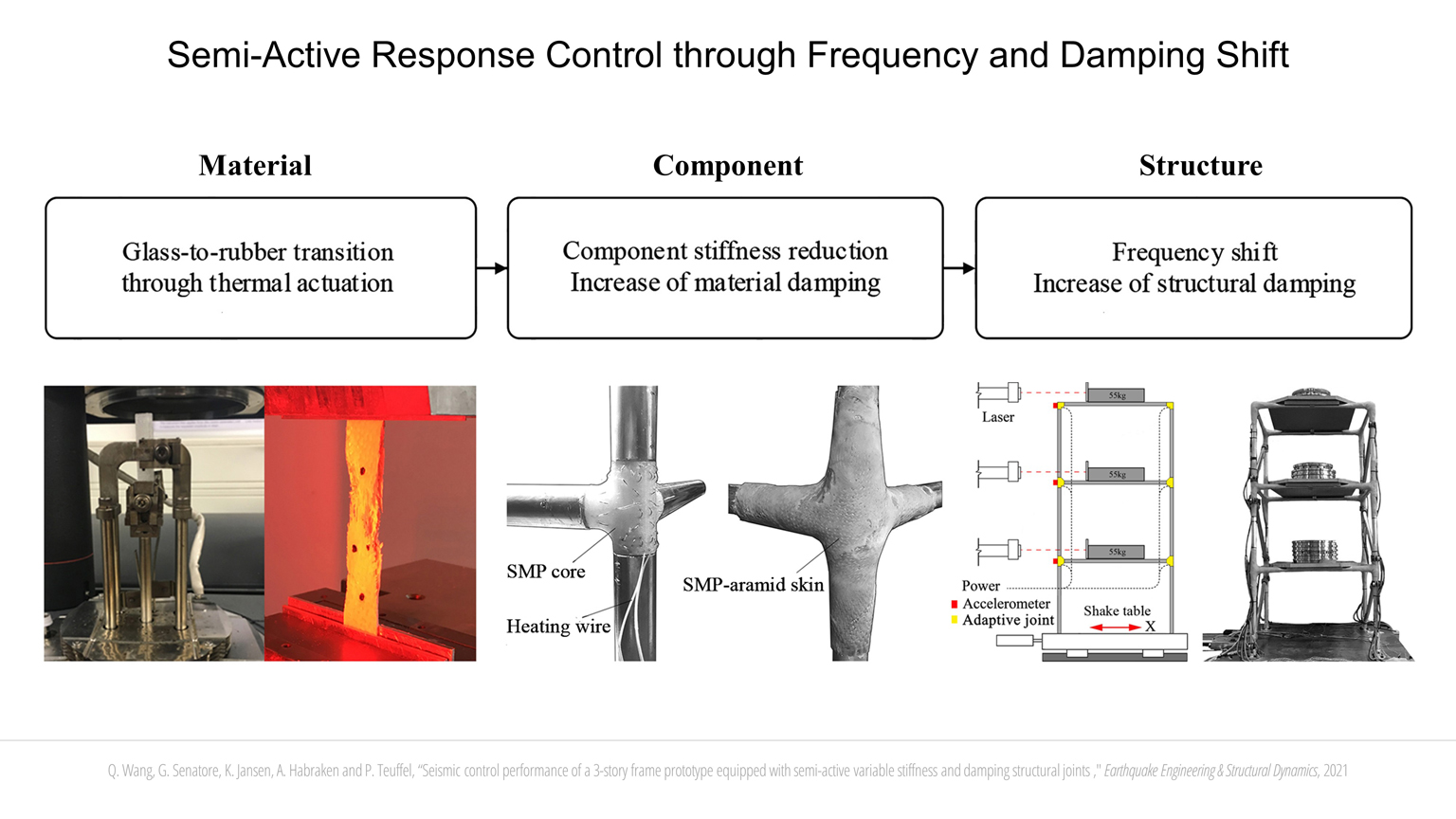 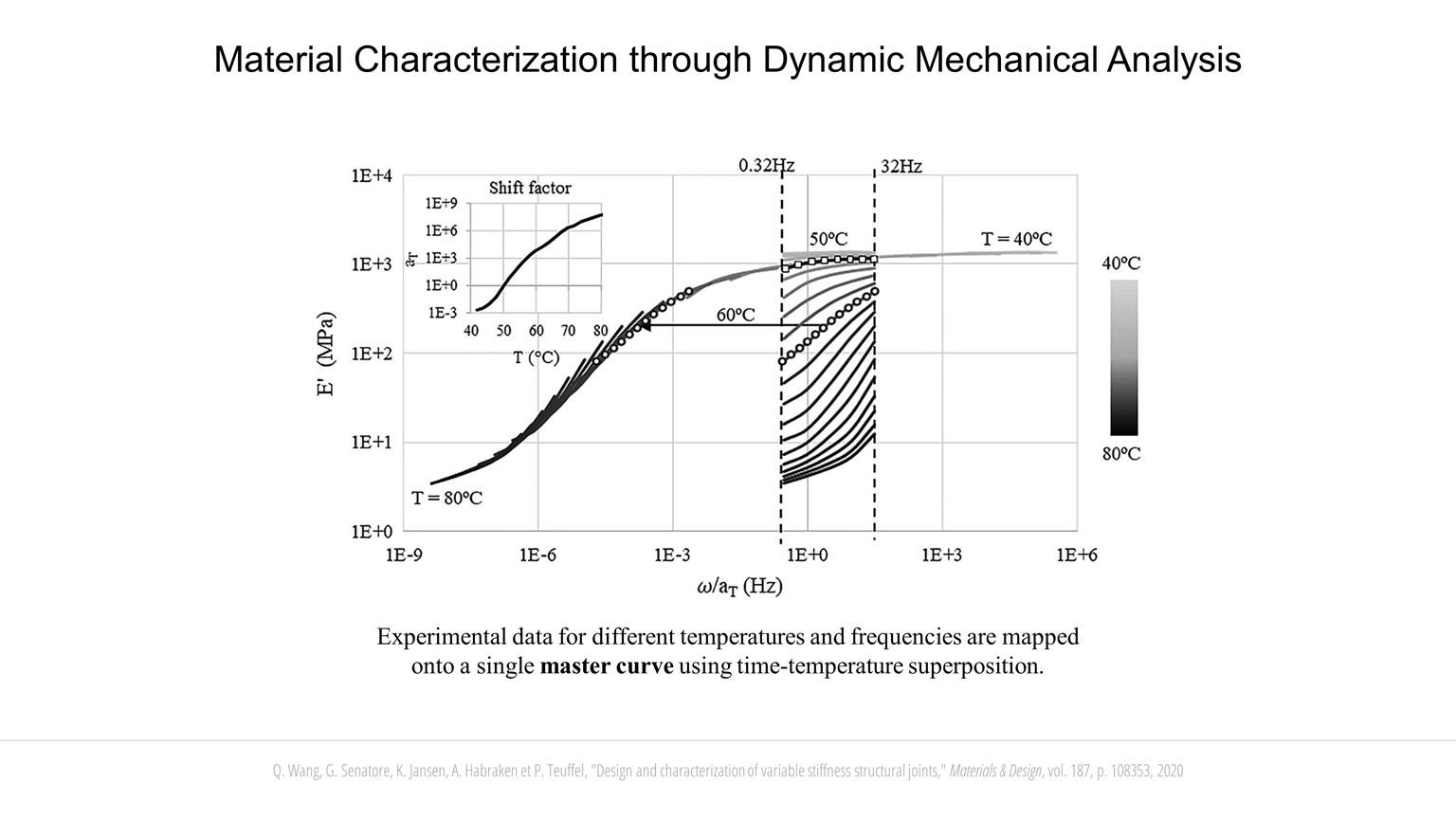 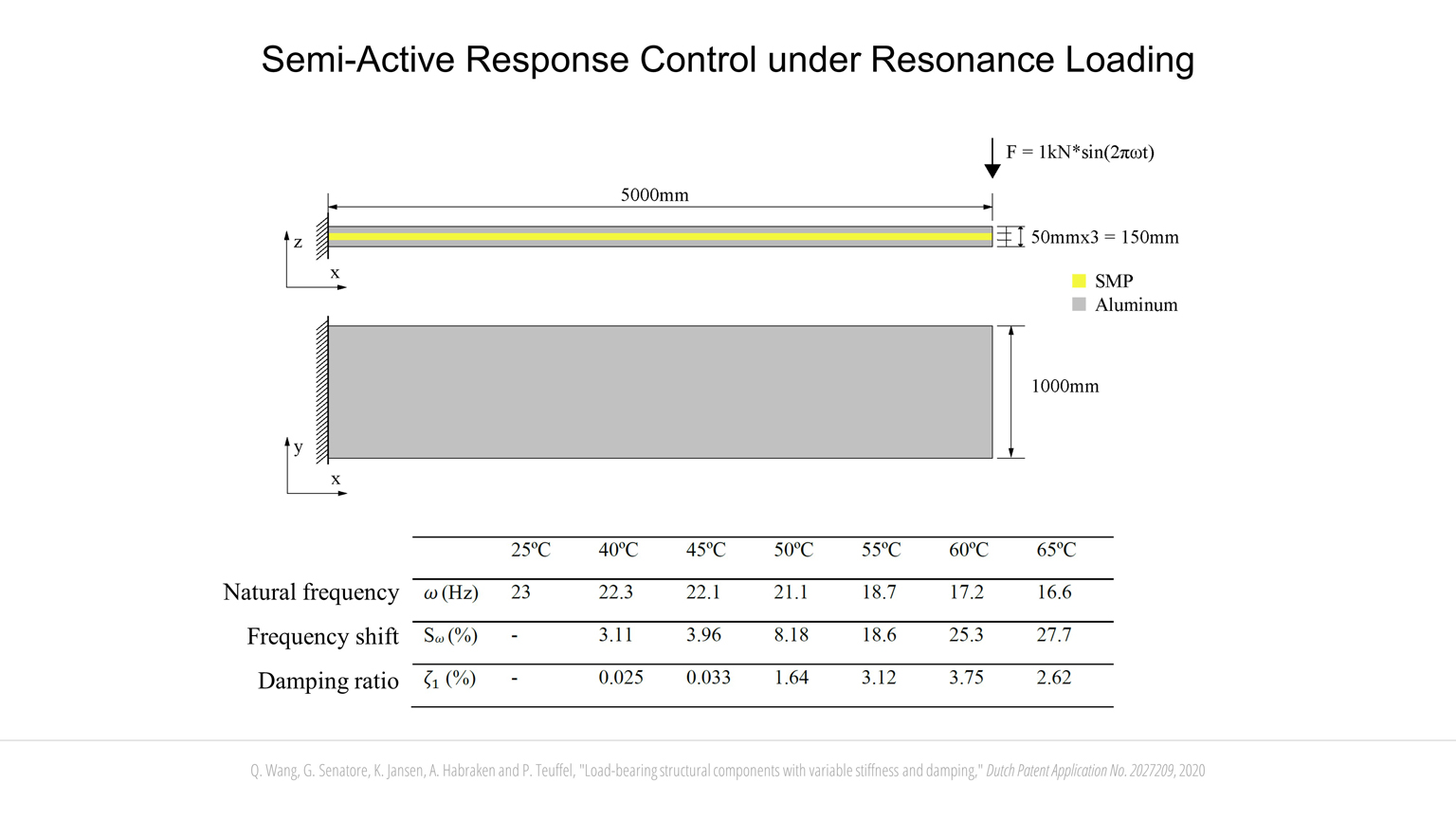 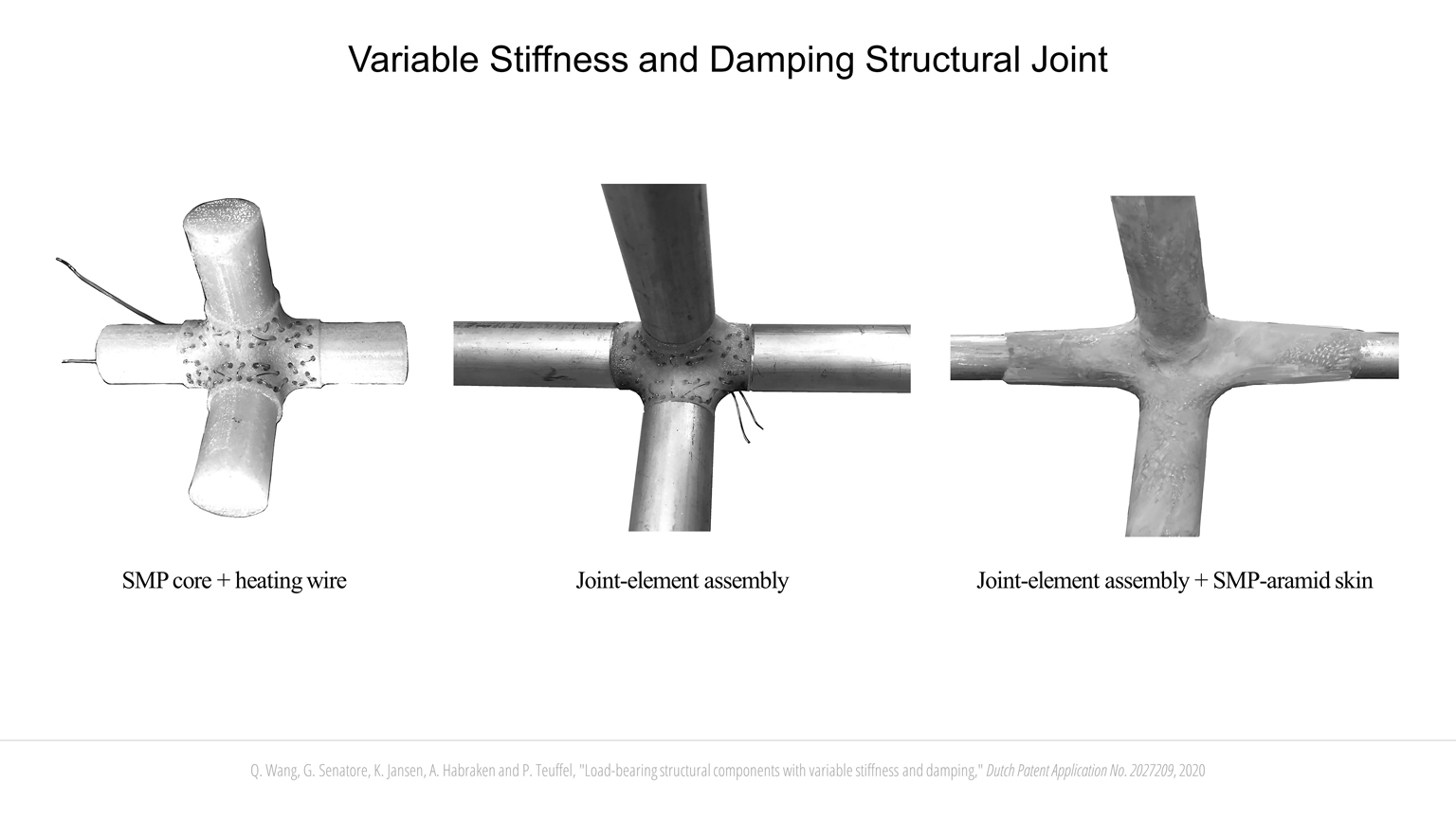 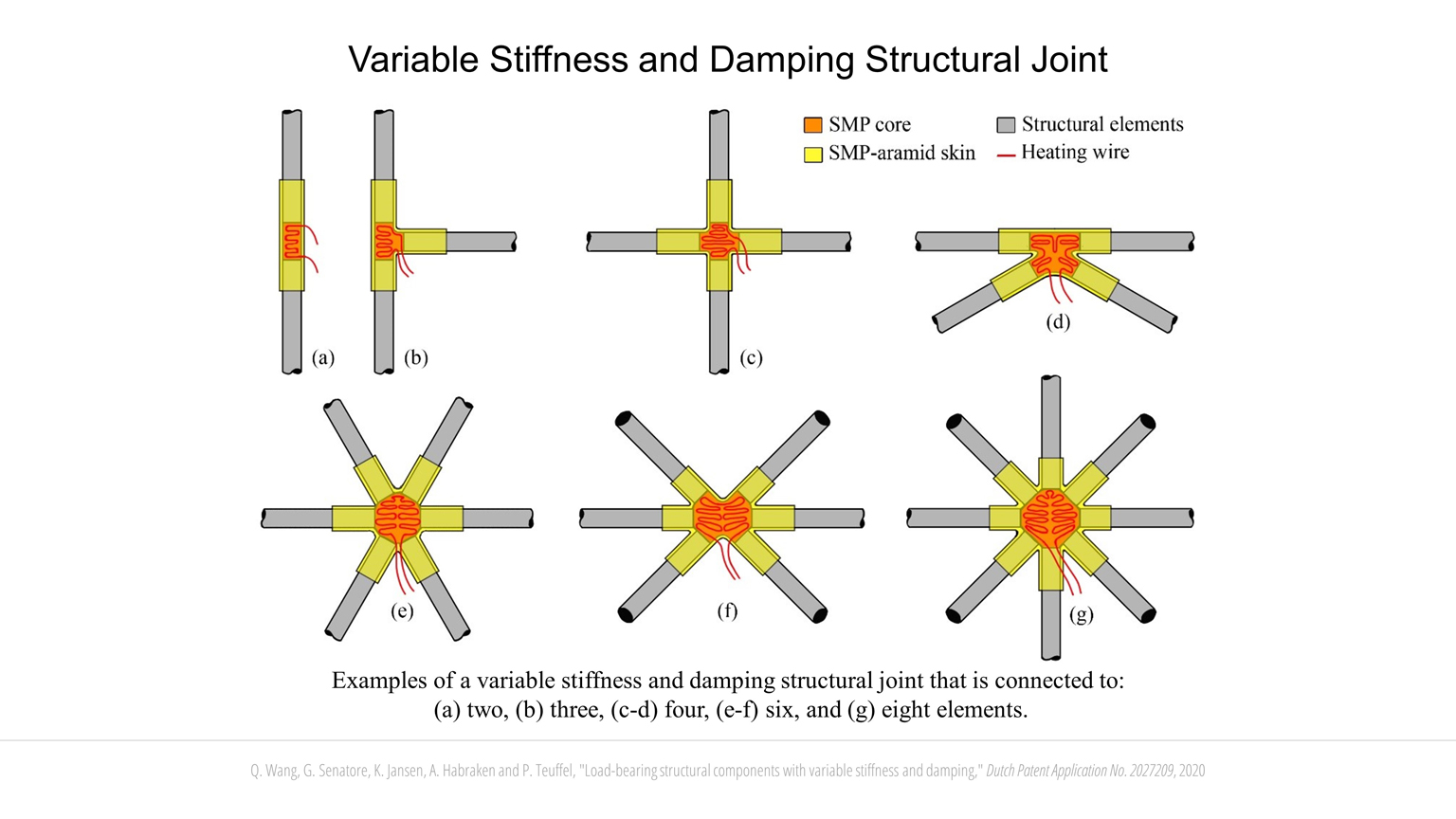 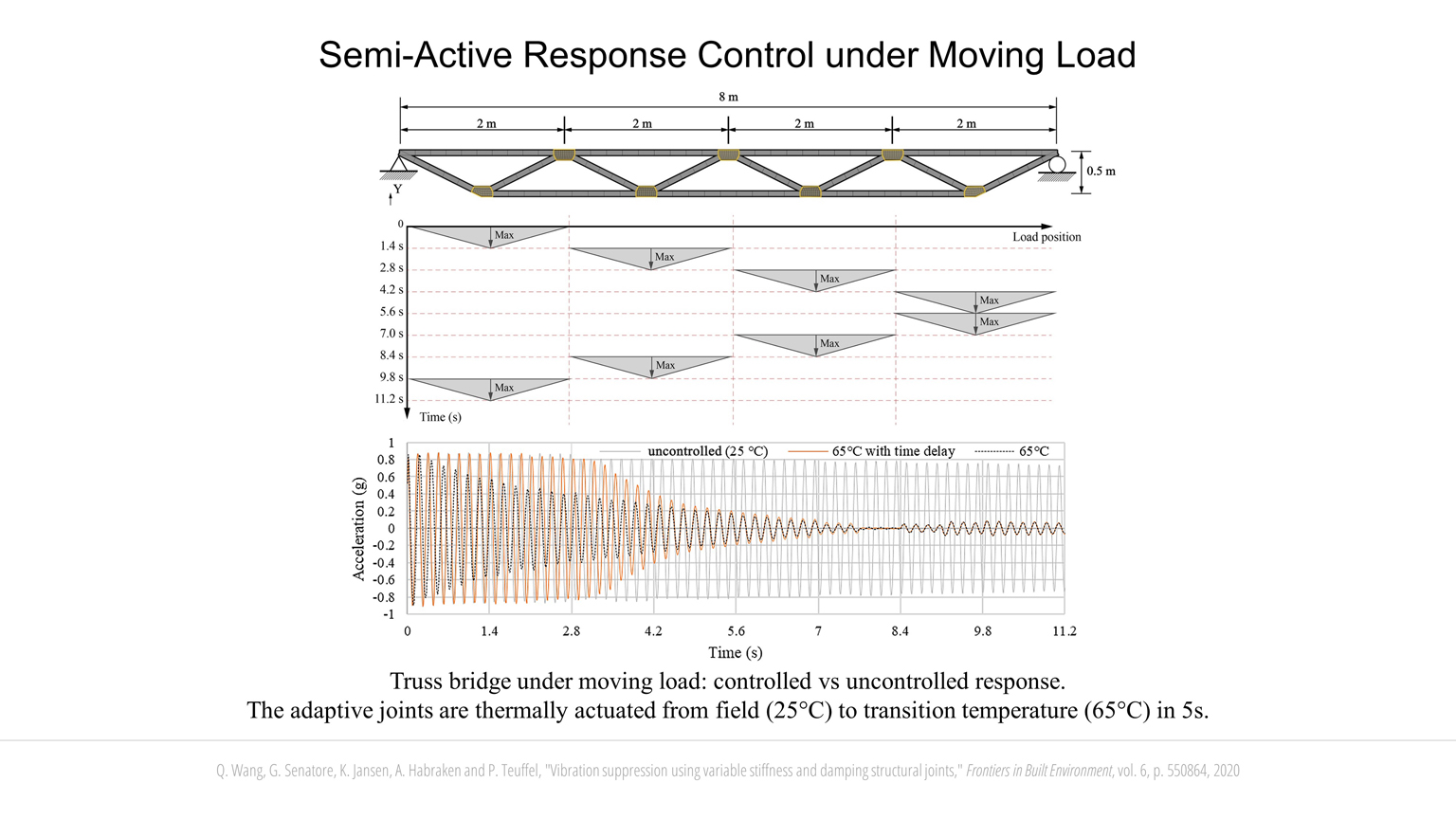 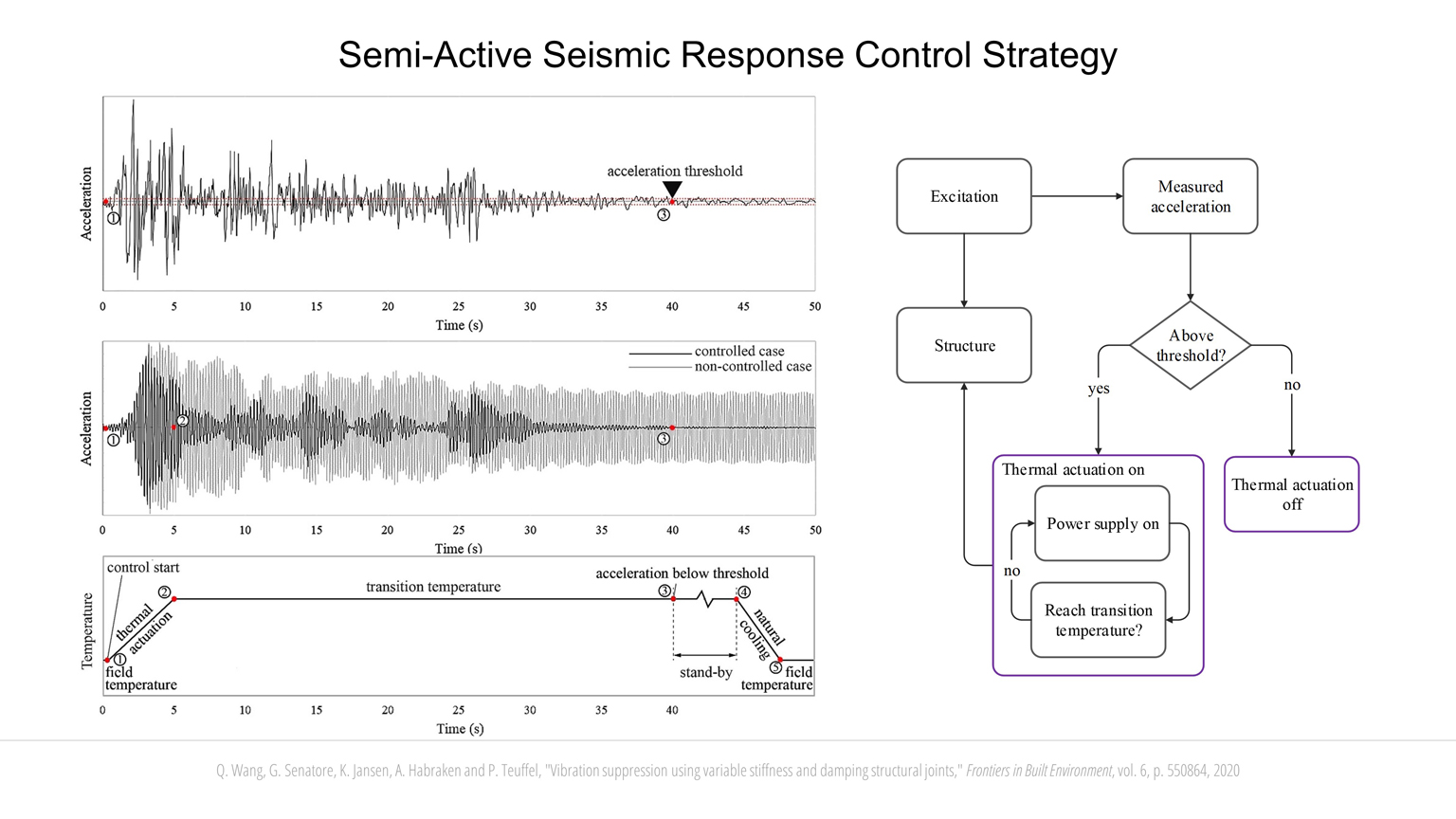 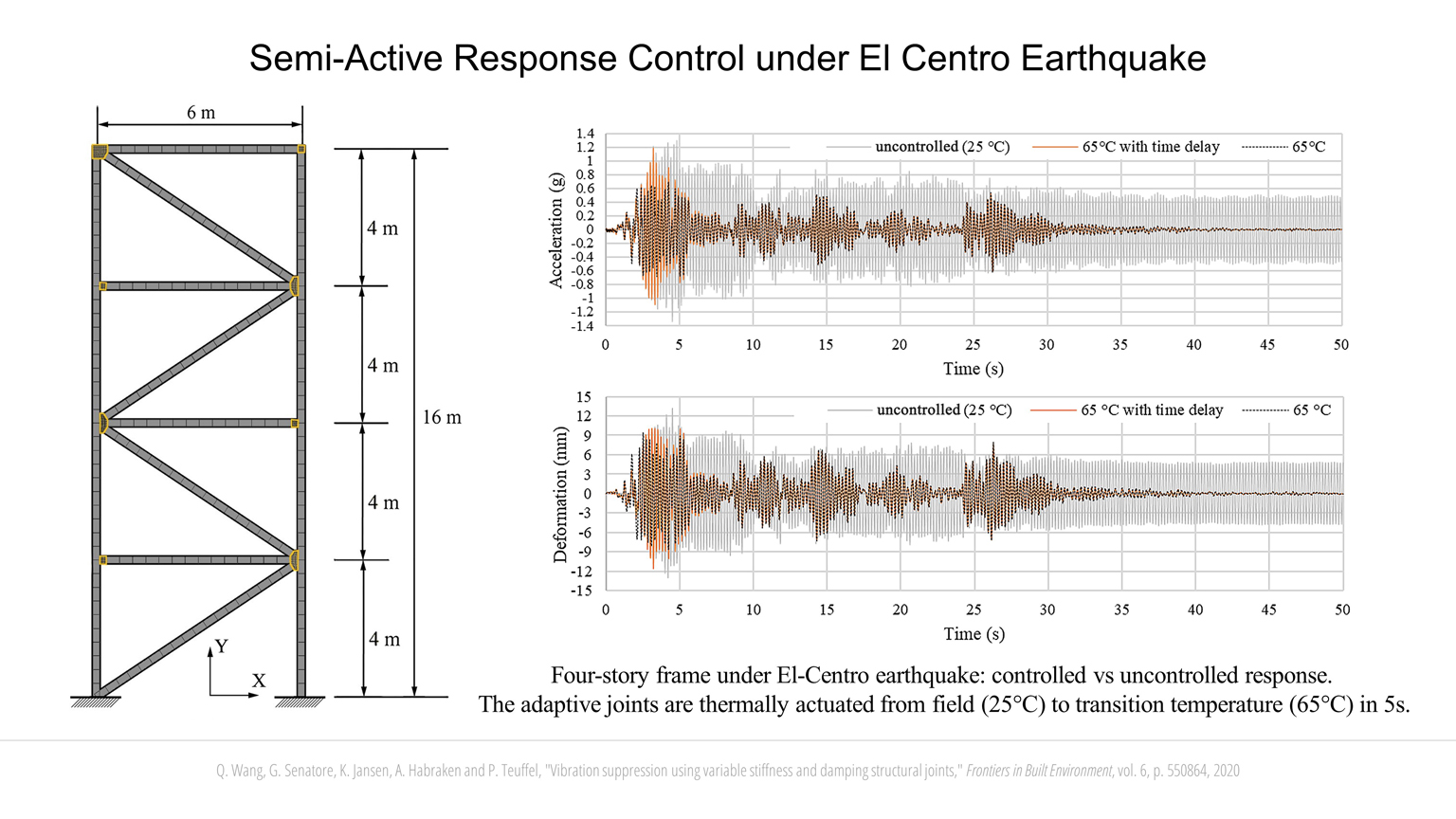 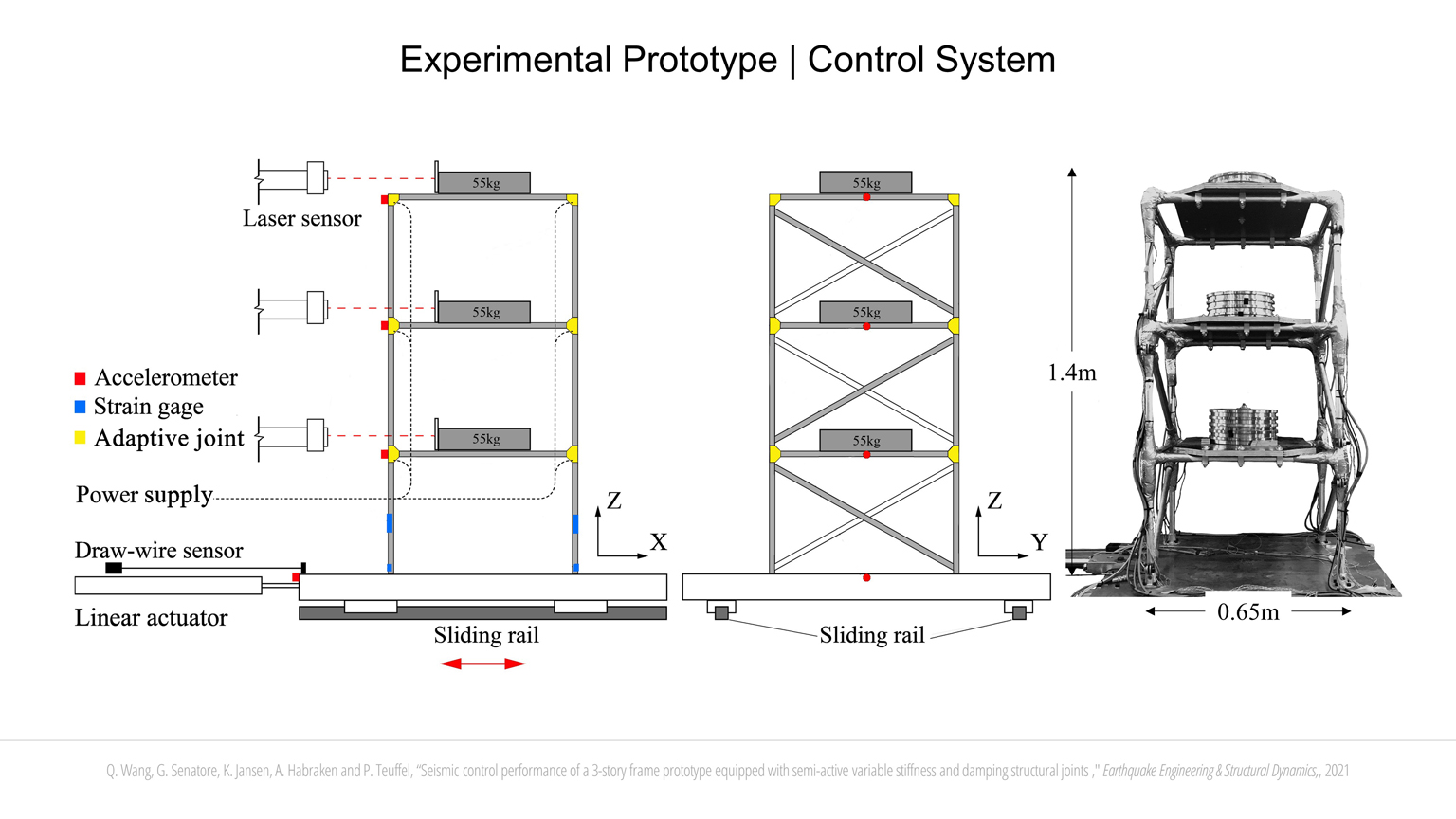 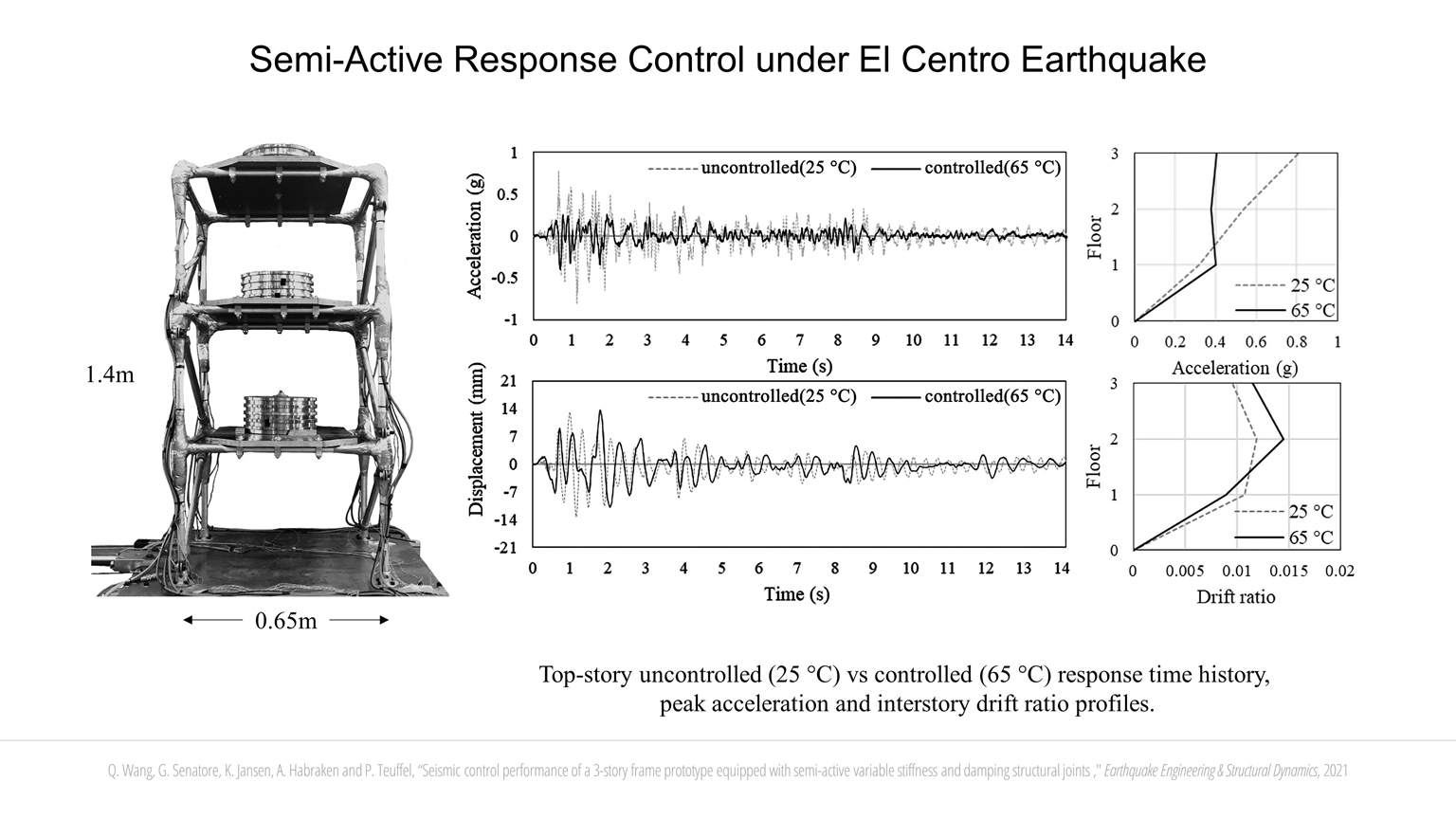 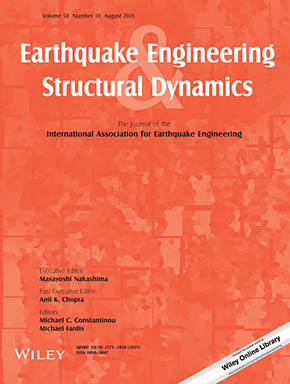 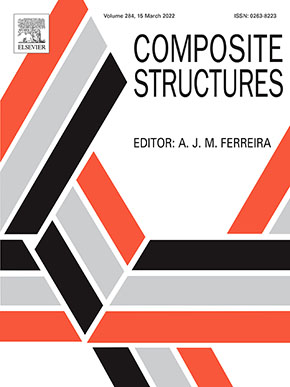 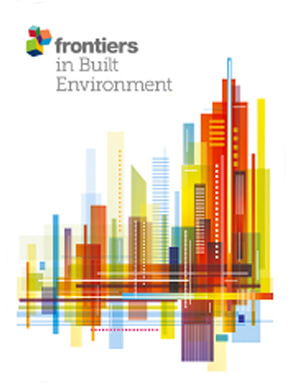 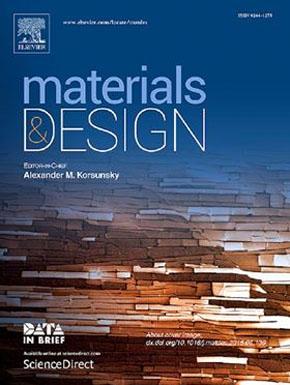 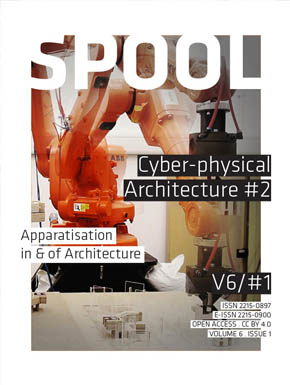